Christoph Schuh is CMO of Tomorrow Focus AG, one of Germany’s leading digital content providers. Tomorrow Focus is the largest supplier of German-language content on the web. As a media owner, someone whose income is based on selling advertising, Schuh can see issues with performance-based advertising. ‘The danger in buying performance is that it ignores the value of repeated exposure and of time-delayed responses’, he says. ‘I think performance buying to a single-response dimension will become insufficient; we need to develop behavioral targeting.

Notice that Schuh is not opposed to performance-based advertising. He simply wants to see performance assessment become more sophisticated. One of the most common problems encountered when dealing with performance-based advertising is disagreement between the advertiser and the publisher over the numbers. Web metrics systems are still fairly primitive, and the web analytics community has yet to establish clear procedures for measurement. As a result, advertiser and publisher systems can often disagree about exactly how many people have been delivered.

Currently, ad people don’t understand the metrics’, says Schuh. ‘This makes resolving disputes extremely difficult.’ Addressing this issue requires training advertising salespeople in web analytics so they have a language in which to communicate and so they understand what it is their web analytics systems are telling them. In addition, resolving discrepancies between the advertiser’s and the publisher’s numbers usually involves a technical conversation about how the data are processed on both systems. The field of web analytics lacks standards, and the few standards that do exist are rarely implemented consistently within analytics software. 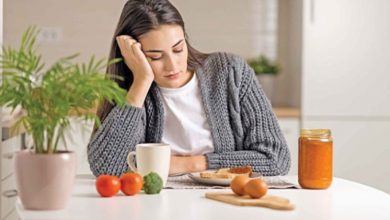 Fight Risk with Food for lifestyle

Four Factors to Consider When Choosing a Roller Mill in Kenya

Amazing features that you should know about chaff cutters